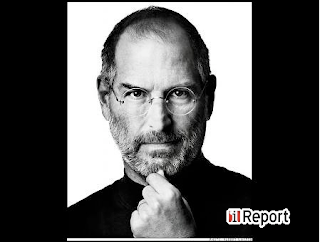 On Friday, October 3rd 2008, CNN proved how costly "citizen" news and blogs can be.

It cost a 10% drop in AAPL in about ten minutes. 10% adds up to about 9 Billion Dollars of their market cap at today's prices and is an awful big hit to take from an untrue rumor spread by a blog.

By allowing news stories to be written and published directly by readers, CNN is expanding on our great democracy and the importance of a free press. But by presenting that un-verified news with the CNN logo, they are also lending a certain amount of validity to things that are just not true. So much validity was added to one false story that Henry Blodget's Alley Insider decided to push out a story prior to adequate fact checking.

The item in question is a citizen journalist's "iReport" that Steve Jobs had a heart attack. The text from that iReport is below:

"Steve Jobs was rushed to the ER just a few hours ago after suffering a major heart attack. I have an insider who tells me that paramedics were called after Steve claimed to be suffering from severe chest pains and shortness of breath. My source has opted to remain anonymous, but he is quite reliable. I haven’t seen anything about this anywhere else yet, and as of right now, I have no further information, so I thought this would be a good place to start. If anyone else has more information, please share it."

As it turns out, Steve Jobs did not have a heart attack. Apple released a statement almost immediately to that fact. All that was actually newsworthy was that this incident proves that CNN does not understand the dangers of web 2.0 and Alley Insider is more on par with gossip sites than professional news sites. 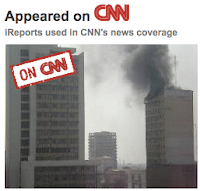 If people had read this on the Yahoo or Google message boards or on a blog like this one, I don't think the story would have traveled much farther. But being attached to the CNN brand, and being passed along by the Alley Insider brand, this was taken very seriously and caused a massive drop in the shares of AAPL causing a lot of people to lose a lot of money.

Currently, Bloomberg reports there is an SEC investigation underway but I don't think it will produce much since level of credentials that an "iReporter" has to provide to make a report are small and easily faked. All that is needed are a username, email, a password and an successful response to a captcha. All of which can be accomplished in a completely anonymous manner. In fact, this guy's account was only open for this one post.

My hope is that the investigation might uncover other suspicious activity or potential manipulation in the stock. The rumors about Steve Jobs health have been pushed suspiciously hard for the last few months and I think that there is a good possibility that whoever pushed this rumor might have something to do with older rumors as well.

One place the SEC might start looking are social bookmarking sites like Digg.com or the 4chan message board as indicated by Arnold Kim who suggests that he found the story being promoted by users. Whoever the first users were to post the link may have some connection.

Another place that the SEC should start looking is at www.alleyinsider.com. This is a somewhat respectable source and they look to be the first to grab onto this iReport and present it as real news - giving the story even more credence. I only wish they had fact-checked prior to publishing.

An excerpt from the AlleyInsider story is below:

“Citizen journalism” gets its first real test. A story of major consequence that, thus far, no one else has reported.

Steve Jobs was rushed to the ER just a few hours ago after suffering a major heart attack. I have an insider who tells me that paramedics were called after Steve claimed to be suffering from severe chest pains and shortness of breath. My source has opted to remain anonymous, but he is quite reliable. I haven’t seen anything about this anywhere else yet, and as of right now, I have no further information, so I thought this would be a good place to start. If anyone else has more information, please share it.

We’re making calls, but as yet we have no idea whether it’s true. Confirmation/denial the moment we get it.

Meanwhile, very interesting that this report appears on CNN’s site. If it proves correct, CNN will look great. If it is wrong, CNN’s credibility will likely be significantly damaged–and we wouldn’t be surprised if this caused them to pull back from “citizen journalism.”

It is probable that this article is just an attempt by AI at getting headlines on Techmeme and other aggregation sites. However, considering that there don't seem to be any disclosure statements specifically relating to ownership of AAPL anywhere on the site and considering the site is run by Henry Blodget, who was charged with securities fraud in 2003. (wikipedia) I would imagine that the SEC might be calling on him.

Alleyinsider removed the story about ten minutes after they published it, but this should never have made it to their site in the first place. Publishing that story shows how unreliable Alley Insider really is.

In my opinion, this second post about Apple probably shouldn't have appeared on AlleyInsider either. This second article questions why AAPL was still dropping. Placing it's decline in the spotlight a second time that day for what appears to be no reason.

This would be news if other big tech stocks were not dropping at roughly the same rate at the same time. But with AAPL matching the broad market decline, one has to wonder why the second article was relevant to publish at all. Read the short article yourself, but I think that the last line of the article says it all: "Anyone heard anything?" To me, this appears to be rumor mongering, plain and simple.

In the end, the really sad story is that one guy, seemingly unchecked and unverified by CNN or Alley Insider in any real way prior to publishing, was able to leverage the CNN brand to destroy a lot of wealth for others and potentially make a lot of money for himself.

Of the three players, nobody had enough integrity to stop a bad story from leaking through the system. Not the citizen journalist, not the Big media company that enabled them and certainly not the blogger.


disclaimer: I own Apple stock and have for years. I occasionally buy calls and puts on apple as well.
Labels: Apple, Investments, rumors, shorting, steve jobs, Stocks