I think that if I had seen this as a child, I would have run away screaming.

Looking towards the future. Wondering when the next shoe drops.

Personally, I'm a pirate. However this video makes me regret saying it. 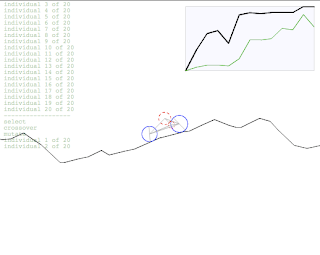 If you have ever wanted to watch evolution happen right before your eyes, this flash "game" does as good a job as any. The "moon buggy" iterates with every 20 cycles, choosing the versions that can travel the farthest. Put it on a computer that you are not using and let it run for a day or two. Great stuff.
Labels: brain time 0 Comments - Comment now!

Personally, I would have made the leap sooner.
Labels: death, Funny, liveleak, Video 0 Comments - Comment now!

Lest you forget the creamy goodness of inflation:

Why does the bailout penalize financially responsble people? 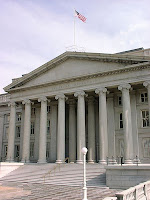 First I hear about a great thing. "They" have a plan to lower mortgage rates. A plan that allows for a 4.5% or even a potential 2.5% interest rate. Finally something in this mess that helps me out directly and sounds like it will end up helping everyone in a bad mortgage as well.

Then I read that "They" are talking about limiting the plan to new purchases, not refinances.

This is not sweet. It actually sucks.

It means that everyone who did their part in destroying the economy and purchased a home that was too expensive, which they could not afford *and* lost it through a short sale in the financial turmoil has a better chance than me of getting a great rate on a new mortgage. It's possible that even people who were foreclosed on might have a better chance.

Because I did everything "right", because I paid my bills and only purchased what I could afford, I have no chance at all of getting that rate.

Since I am all paid up and fiscally responsible, I won't have the same chances for mortgage rates that someone else has. Because I can pay my bills, I'm screwed. I'll continue to pay higher rates and be treated like a second class citizen. And you know what else? With rates that cheap on new homes, people will realize the best deals are on the empty McMansions that are suddenly affordable. As a result the property value on my "vintage" small home will likely drop.

Seriously, this is a really stupid plan. It creates more incentive than anything else for people to "trade up" and put their house on the market so they can buy a new house. Isn't "flipping" what got us into this mess?

Hell, if this plan goes into effect as the rumors describe it, I might try and trade up.

Hey... Hold on a minute. Maybe I could "sell" my house to my girlfriend. I could even set the price higher in the sale and pull out some "equity" so that I can join the party (I'm always late to parties) An extra hundred grand for the market where it's at right now might allow me to pay for the house outright in a year or two. What a great speculative opportunity.

Who knows... At that rate, I could buy another house or two for "investment" purposes.

As John Lovitz once said, "Yeah, that's the ticket!"

Awesome artwork from the government.

All the way from the USGS, we have this lovely bit of work. 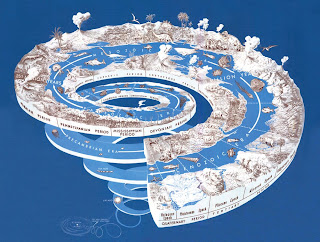