On Panic in the market

Yesterday was truly stunning to watch. During the last two panics, I did not have a window into the stock market. All my trading was done via broker and my understanding of how hard I was being hit was limited to monthly statements.

Being able to watch this panic (albeit, while I was working) was an awesome sight. Watching nearly every company that I had in my list drop by 5% to 25% or more in a matter of a minute was humbling. Watching it climb was amazing and having almost everything end very green felt like winning the lottery despite being down big for the week. 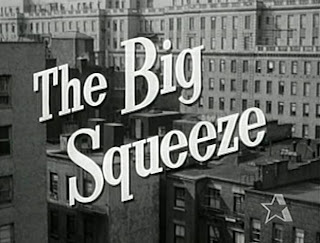 Of course, the next couple days might be the biggest short squeeze that the world has seen in a while. I cannot fathom the fear that short sellers are feeling right now. Well... Actually I can, it's probably pretty close to what I have been feeling for the last few weeks. I've been trying hard not to panic, but the fear has been as big a part of me as it ever has.

I believe in the market and I believe in this country, but we have been on our way to an ugly place much worse that people have a grasp of. I only hope that this malaise gets a shot in the arm with the action happening now.

People, real people are riding on this. There are those who think that Wall street only affects fat cats and bankers. The truth is that it affects small mom and pops much more. The bankers and fat cats know how to maneuver around these markets. Even the CEO's of the companies that massively failed walked away with more money than I'll ever have in my life. But average investors get chewed up and take their money out of the market in times like this, literally selling at the worst possible time.

The next year is going to be a momentous time. We will either crash massively as a country, an economy and a market or we'll see the bottom of the hill and start a climb back up. My hope is for the latter.